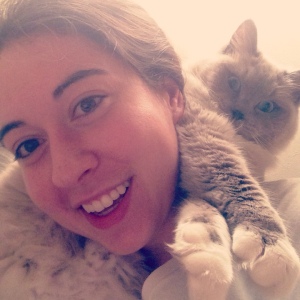 Last week, I came across an article from Vox that made a case against owning cats, saying in the (clickbait) headline that cats are “selfish, unfeeling, environmentally harmful creatures.” Well, well. Since I am a self-professed cat lady* and a person who generally likes to hear both sides of a story, I’m here to offer a rebuttal…and more!

The moral of the story? Don’t lump cats into one category, and don’t piss off the owners of loving cats everywhere. #NotAllCats

*Please note that I’m speaking from my own experiences with cats. I know not every cat is the same. Some may be just as aloof and heartless as Vox would have you believe, just as some men are jerks, some women are crazy and some dogs are violent. Damn you, stereotypes!